In my previous post I wrote about how EPiServer start up times can be optimised at build time using EPiOptimiser. The tool generates warnings and errors in Visual Studio depending on whether assemblies are included or excluded from being scanned on start up by EPiServer.

However the tool contains another feature that allows it to be plugged into Visual Studio which will generate the complete exclude list for you, rather than having to sift through warnings and errors.

To install as a tool in visual studio 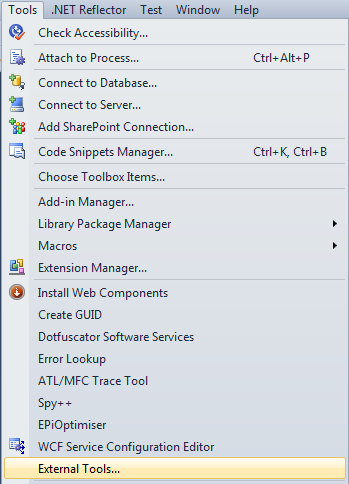 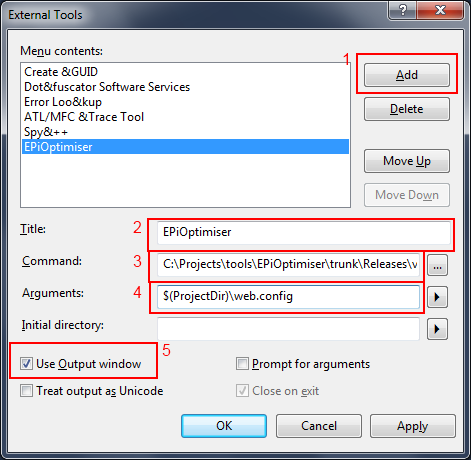 Now you have an additional option in the tools menu in Visual Studio called EPiOptimiser (or whatever you entered in step [2]): 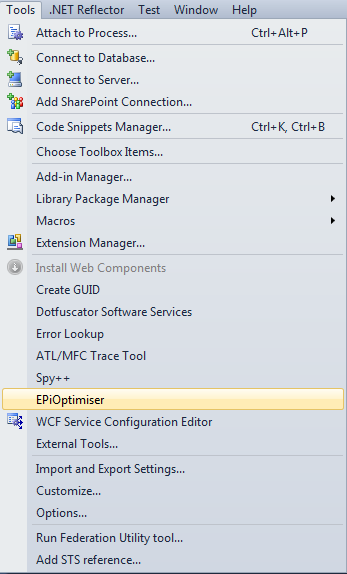 EPiOptimiser can be downloaded from CodePlex.