As of EPiServer Update 87 which released EPiServer.CMS.Core 9.3 and EPiServer.CMS.UI 9.3 the projects feature is now out of beta there is no need to add users to the EPiBetaUsers group

This a quick "note to self" on how to enable the new projects feature in the later versions EPiServer (8+ and 9 at the time of writing) as I constantly forget how to do it.

Once enabled editors get access to the projects feature that includes the project bar at the bottom of the UI as shown below: 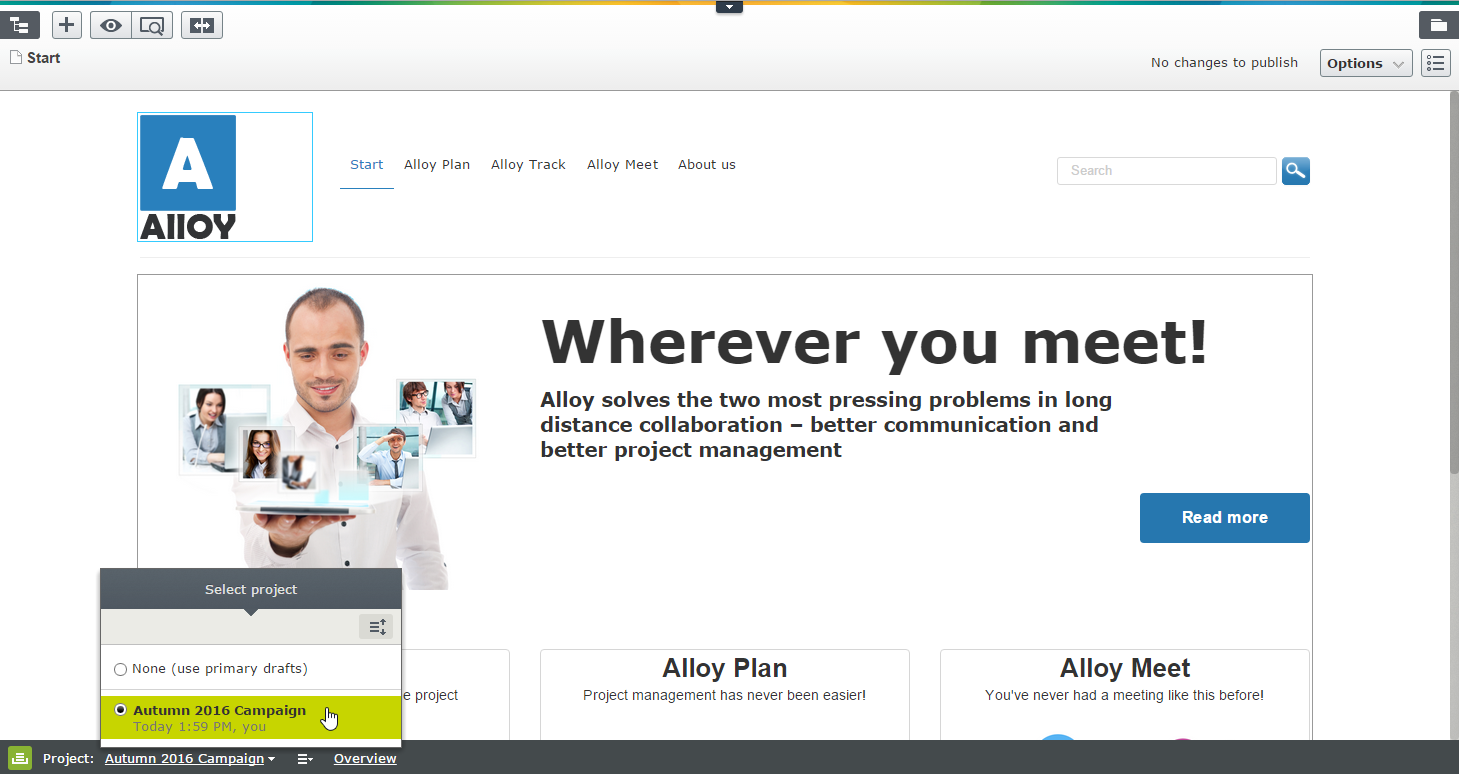 How to enable the Projects feature in EPiServer

1. Create the EPiBetaUsers group and ensure your users are in this group (See update at top of page):

2. Mark the feature as enabled in EPiServer admin mode:

For more details on the new feature see the EPiServer Summer Features list.

Documentation on how to work with the new project feature can be found in the official EPiServer webhelp.