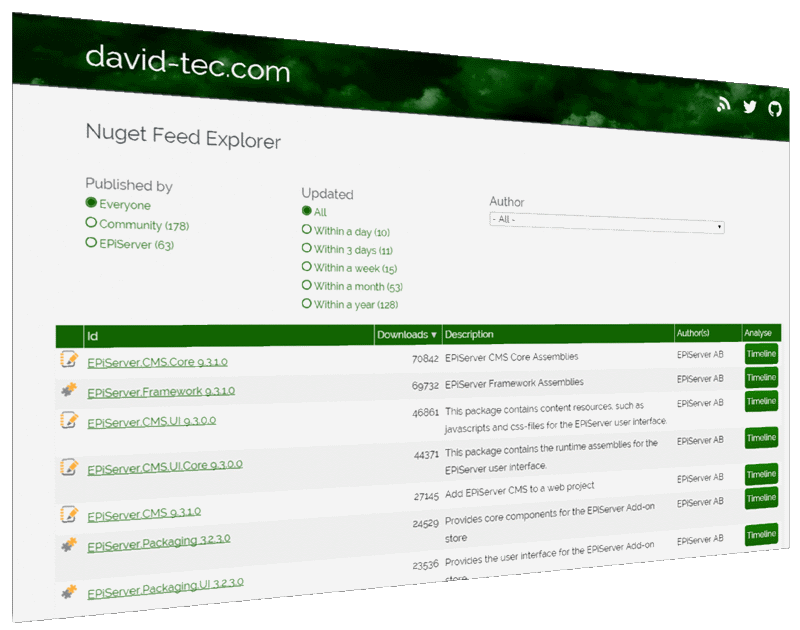 How this is all done:

Feel free to explore as you like. Some of the insights I like most are the fact are number of packages contributed by the community and also how it can be seen how the release schedule has been accelerated for the core Episerver packages. It should be noted that alpha, beta and prerelease packages are excluded from the index.

Also, once you've have run a search you can bookmark the results and come back to them at a later date if you wish.

The tool also includes a timeline explorer to see the history of each package. The example below shows the Episerver.CMS.Core assembly: 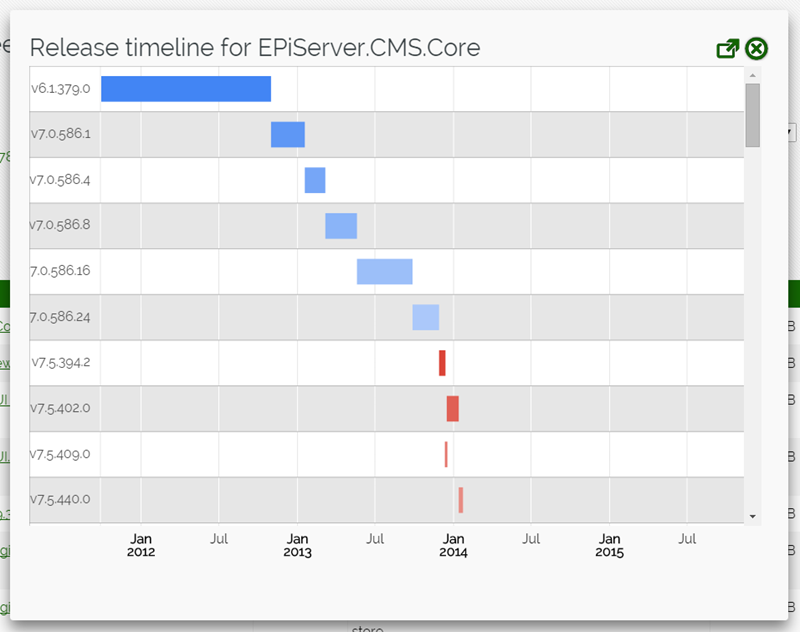 I'll let you explore the tool and hope you find it useful and/or insightful:

As usual and comments or feedback please let me know on @davidknipe or in the comments below. I'm particularly interested to hear what other types of data you'd like to see available from the Episerver Nuget Feed?

For anyone that's interested Episerver is now the correct capitalisation of Episerver!