This feature is now a fully released product feature so the steps below are not required to install.

It can be installed by installing this package: Episerver Marketing Testing Tools 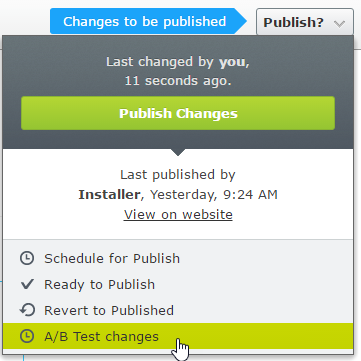 Recently the new Episerver A/B testing feature was released in beta. This is a quick post to explain how to install it.

Your site should be running at least Episerver.CMS.Core v9.10.1.

A note on versioning

This is a beta release but fully functional A/B testing feature for Episerver. Further updates are happening so keep an eye on the latest Episerver Releases for additional features and functionality.

There will also be technical sessions running on this feature at the European Nordic and Episerver Europe events.