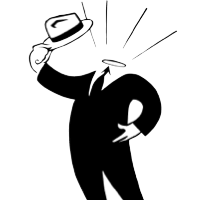 One session I presented at Episerver Ascend London, Stockholm and Benelux 2018 was on Episerver as headless. This specifically talked about Episerver's approach to headless, including advantages and disadvantages of the approach. I also showed some examples of how the Content Delivery API (the Episerver headless API) could be used.

This post shares the code and presentation ran in this session.

This section showed what could be done with the Content Delivery API. It simply installed the Content Delivery API onto an Alloy site and used Postman to explore some of the capabilities such as loading a page, querying for content and expanding content areas to retrieve multiple pages/blocks in a single request. An example can be seen in Postman below: 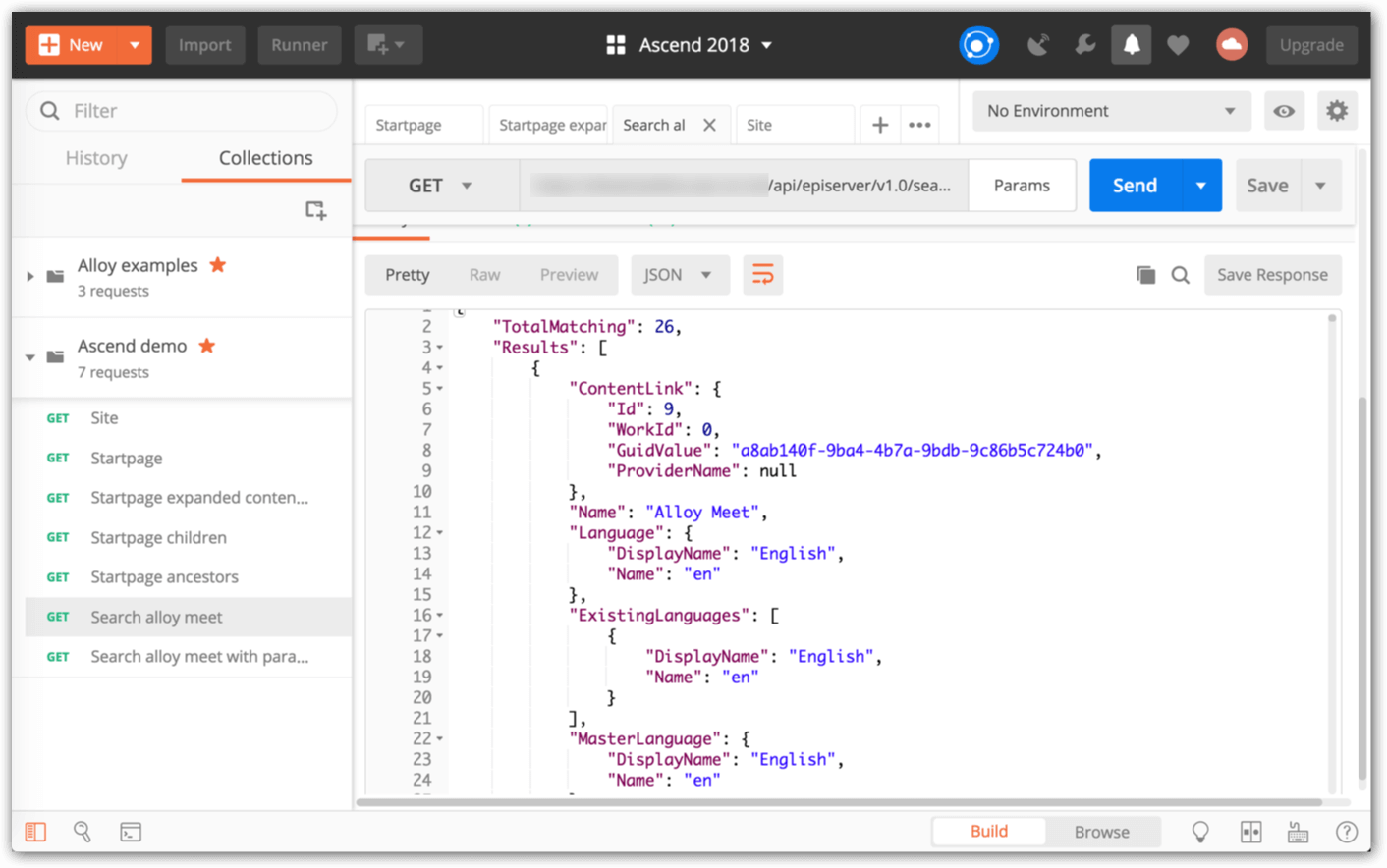 This part showed how the Content Delivery API could be used to retrieve content using a front end-framework to enable lazy-loading of content. The example shown was this blog, where Vue.js is used on the homepage to enable the "Load more" button to show more blogs on the page. To see the code for this right click and view source on the homepage of this site. Or this can be seen highlighted below: 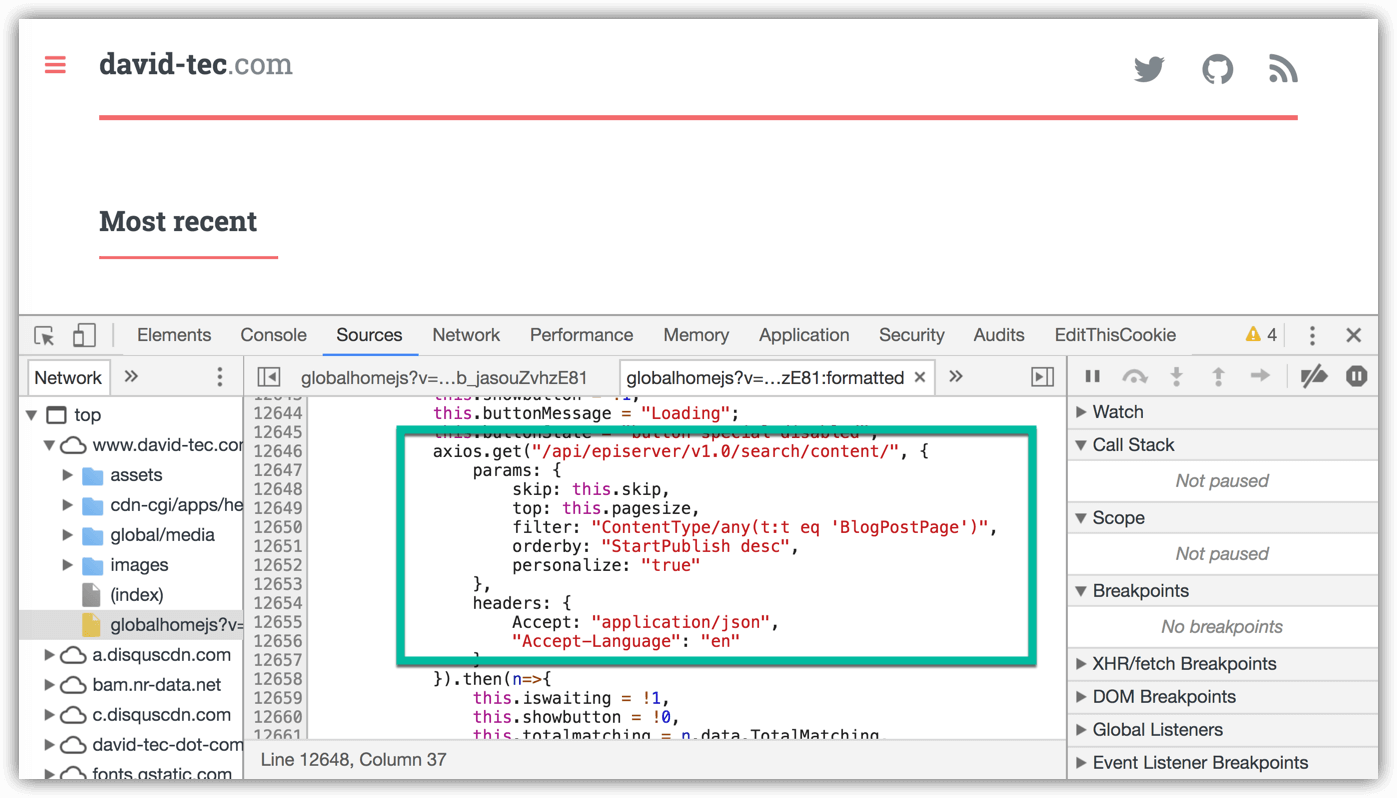 This section concentrated on a mythical music festival. It had mobile an app built for it that uses the Content Delivery API as the source of content. The back end of the application was pure content-managment with no presentation built in at all: 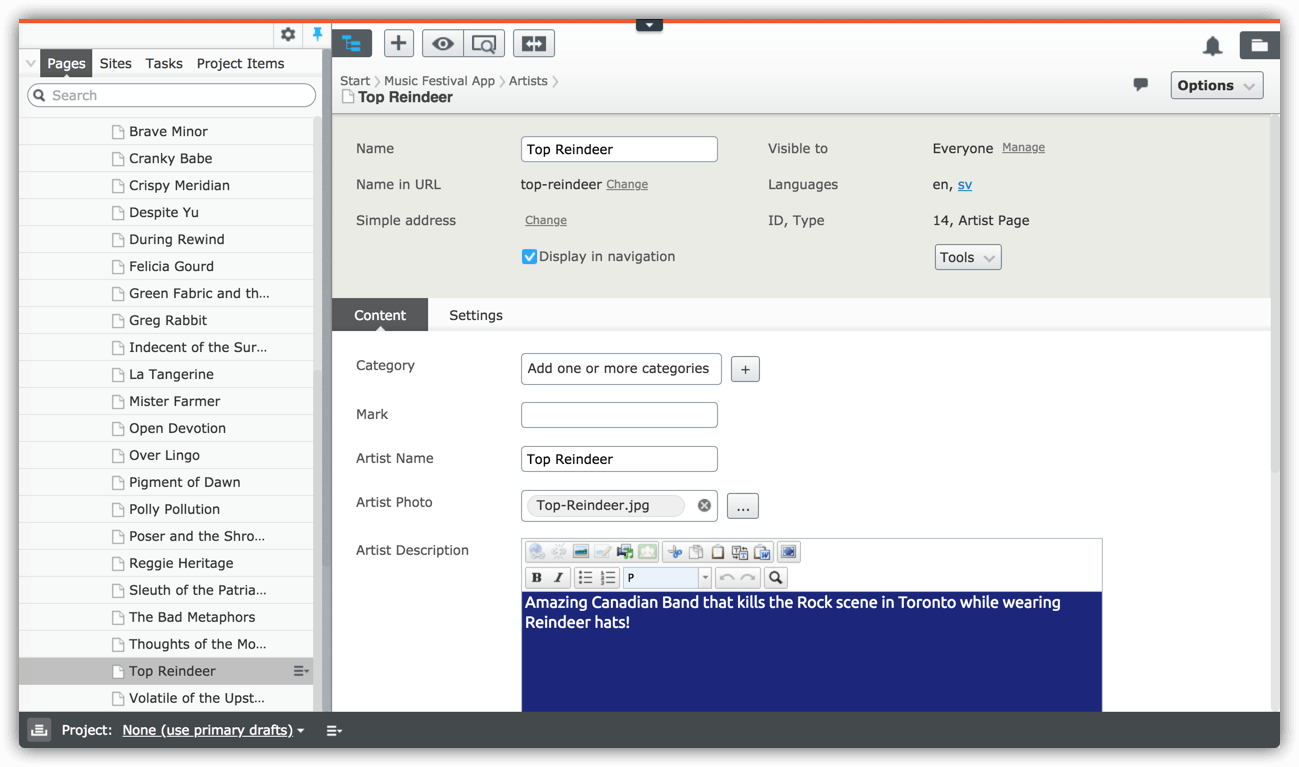 The app uses this content to deliver the mobile app: 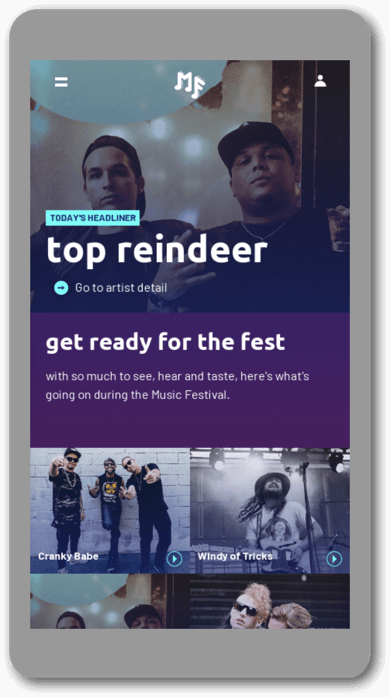 The second part the music festival demo showed a landing page that did have presentation in the Episerver UI. However the front end architecture was interesting as it was a single page app built in Vue.js that consumed the Content Delivery API to render content on a page. However on-page editing was also enabled for this SPA as described by John-Philip Johansson in his session on single page apps in Episerver called Exploring On Page Edit with Angualr and React. This means that editors get a familar Episerver open page editing experience as shown below: 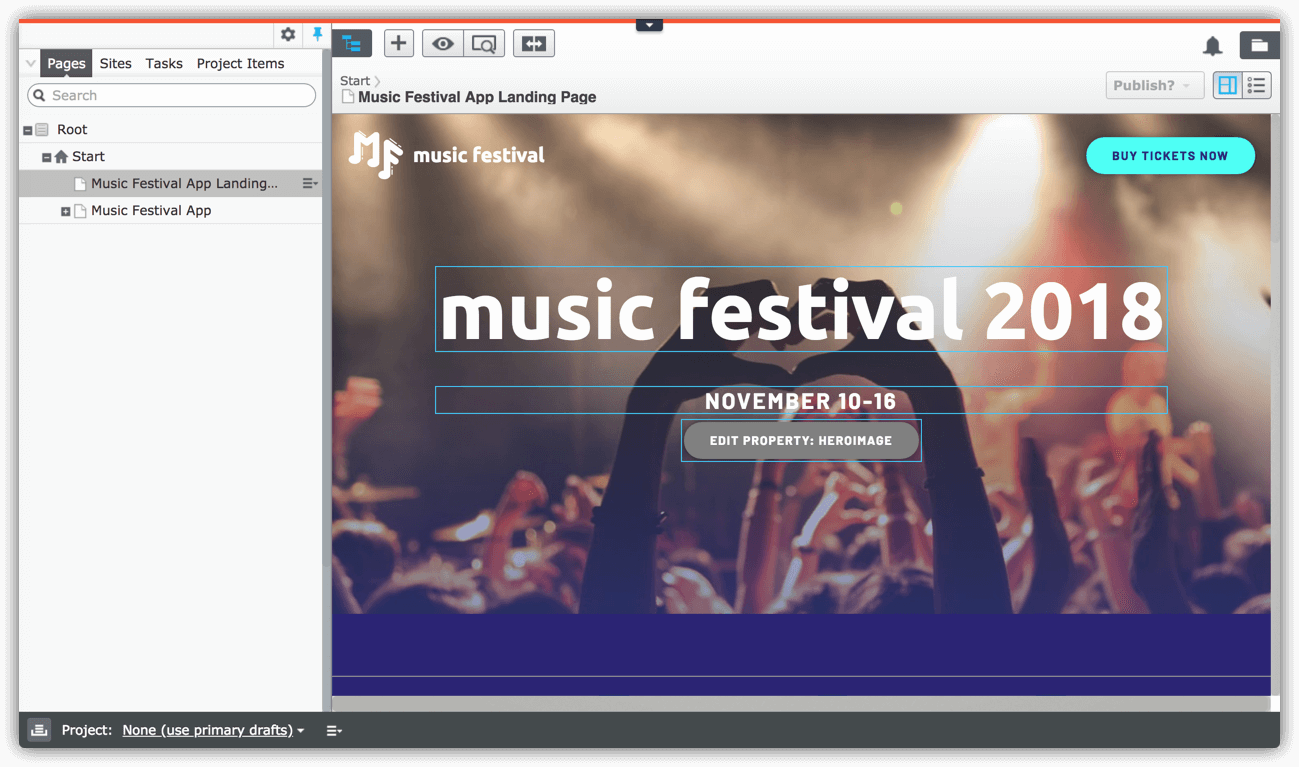 However the rendering is actually managed as a single page application (built in Vue JS) and used the Content Delivery API to render content. So the overall architecture is shown below: 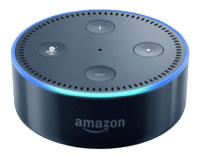 The presentation finished by showing off an Alexa skill that utilised the Episerver Content Delivery API for content on an Amazon Echo. The skill used an AWS Lambda function to writtien in Node.js to connect to the content delivery API and expose results to the Alexa Skill. Code for this can is available below:

A video of the skill in action can be seen below:

The slides for the presentation can be seen here:

The overall objective of the session on Episerver as headless was meant to show what can be done with the Episerver headless API and the audience questioning seemed to show a lot of interest. I personally hope to see more uses of it and would love to read some blogs of developers using it in the future.